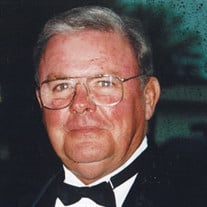 Wayne Allan Davis, of Sterling Heights, MI, passed away peacefully in his home in the loving presence of his children on December 29, 2021 - his 77th Birthday. He is survived by his sons, Erik (Lori), Scott (Carol) his daughter Kelly (Frank) Palazzolo, his sister Cheri (the late Richard) Mooney and his seven adoring grandchildren: Alexia, Lauren, and Allison Davis, Andrew Davis, and Nico, Gianna and Nina Palazzolo. He is preceded in death by his beloved wife Kathy, his dear sisters Donna Davis and Fay (Harold) Mangum, and his niece Karen Mangum. He is also survived by dozens of nieces and nephews, and hundreds of lifelong friends whom he considered family. Born in Grosse Pointe Farms in 1944 to Harold and Elsie (Garrity), he was raised in Detroit into his late teens. He would then spend a few years in Chicago, before returning to Detroit where he would meet the love of his life, Kathy, settle down and start a family. He spent his entire professional career working in warranty administration at General Motors, retiring in 1999 with over 30 years of service. Anyone who knew him would tell you his true calling in life was volunteering his time and his talents to serve his Church, his community and his friends. A 40+ Parishioner at St. Anne Catholic Church in Warren, you could find him anywhere and everywhere help was needed: on the athletic fields, working the concession stand, organizing fundraisers, in committee meetings, in the latch-key room, in the boiler room, and in his favorite place of all, under the big top tent at the annual festival where he served a co-chairman for many years. His true passion in life was his family, especially his grandkids. He would spend the better part of his retired years doting on them. He would greet them with a hug and a kiss, a pocket full of suckers and a $5 bill. His most treasured memories came from the summer trips to the cottage in Caseville where his entire family would be under one roof, eating at the same table, and sitting around the campfire after treating them to a double-scoop ice cream cone. He also enjoyed visiting his sisters and his nephews in Florida each winter. Over the years he cultivated countless relationships with friends far and wide. As a widower for 33 years, he truly cherished these friendships more than most friends would know. His charming smile, his quick wit and his heart of gold will be missed by all who knew him. Family will receive friends on Monday, January 3rd from 2-8pm with Sharing of Memories at 7pm. Wujek - Calcaterra & Sons Inc., 36900 Schoenherr Rd. Sterling Heights, MI. Instate Tuesday, January 4th at 10:30am until the time of Funeral Mass at 11:00 AM St. Anne Parish 32000 Mound Rd Warren, MI. Interment at Resurrection Cemetery. Please share memories with the family at their "On-Line Guestbook" at WujekCalcaterra.com. Memorial gifts can be made to: De La Salle Collegiate, c/o Wayne Davis Memorial Scholarship Fund 14600 Common Rd. Warren, MI 48088 https://www.delasallehs.com/alumni/support-de-la-salle/scholarships

Wayne Allan Davis, of Sterling Heights, MI, passed away peacefully in his home in the loving presence of his children on December 29, 2021 - his 77th Birthday. He is survived by his sons, Erik (Lori), Scott (Carol) his daughter Kelly (Frank)... View Obituary & Service Information

The family of Wayne A. Davis created this Life Tributes page to make it easy to share your memories.

Send flowers to the Davis family.