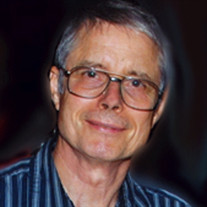 Zawadzki, Walt Age 68 Dec. 15, 2021. Beloved husband of Karen(nee Czarnecki) for 43 years. Loving father of Bill(Kelly), Mike(Michelle) and Bob(Marlee). Dearest grandfather of Maximus, Lucabella and Ethan. Dear brother of David, Sharon(Larry)Barnsdale, Sue(Dave)Emery, Nancy(Matt)Kriss, Jeff, Karen(Donald)Betz, Laura Baldwin and Anne Marie Zawadzki. Loving son of Walter and Mae Zawadzki. Walt is also survived by many loving nieces and nephews. As a young boy Walt was always very interested in airplanes, which led him to obtaining a private pilot’s license in 1971, at the age of 18. He enjoyed taking friends and familiy on flights all around Michigan, to Kentucky to see the Mammouth Caves, and even to the Bahamas several times. Once while on a Bahama jont with his brother Dave, he actually had a peculiar experience in the area known as the Bremuda Triangle – true story. After a bit of a break in flying during the years when his three boys were small, and he kept very busy and happy supporting them in their sports activities, he then returned to flying. As a member of TOPS (Troy Oakland Pilots) club, he again pursued his love of flying through January 2020. In the early 1970’s Walt had a career in the beginnings of the computer technology age with the Burroughs Corp, servicing room sized computers. As a result, he was the owner of one of the very first home computer systems by Radio Shack – a whopping 4K unit complete with a cassette player (for the ‘cassette’ data tape), and a small black and white portable TV for the screen J. He was truly one with the times. As time when on, Walt moved into the accounting field, becoming a bank auditor for a number of years. While living in Portage, MI, he made the decision to return to college to obtain a teaching degree from Western Michigan University, which he did with honors. His family was very proud of all his accomplishments. Eventually Walt returned to his computer ‘roots’ as an IT director for a local charity. After taking an early retirement he then had time to relax and enjoy his love of flying, and was also a part time employee at the Oakland Troy Airport terminal where he had the great pleasure of being around airplanes and pilots. Walt will be greatly missed by his wife and family who will be comforted with the many stories of his life they can share with one another as time goes on. Vaya con Dios Walt! Inliue of flowers, donations can be made to either: St. Ephrem Food Pantry or St. Vincent De Paul Detroit. Visitation Monday 3-9pm at Wujek-Calcaterra & Sons, Inc. 36900 Schoenherr Rd. at Metro Pkwy(16 Mile Rd). Funeral Tuesday(No Instate) 11am at St. Ephrem Catholic Church 38900 Dodge Park(@ 17 Mile Rd.). Interment Resurrection Cemetery. Share memories with the family at their "On-Line Guestbook" at WujekCalcaterra.com

The family of Walter John Zawadzki created this Life Tributes page to make it easy to share your memories.

Send flowers to the Zawadzki family.