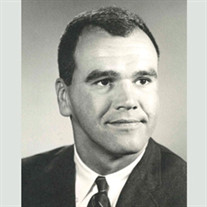 Robert “Bob” Kotas, 84, of Grosse Pointe, Michigan, passed away unexpectedly on February 4th, 2022. He is survived by his devoted wife of 59 years, Gloria Kotas (nee Sphire); two loving children, Judson Kotas (Nikki) of Grosse Pointe Farms and Courtenay Kotas (Sam Cappello) of Grosse Pointe; five wonderful grandsons, Brett Kotas, Cameron Kotas, Ryan Kotas, William Kotas and Bryce Kotas all of Grosse Pointe Farms; and his brother William Kotas (Joan) of Alpharetta, Ga. Bob was born in Milwaukee, WI to the late Robert Henry and Peggy Ann Kotas (nee Olson). Sports were always an important part of his life since he was young. He was awarded an athletic scholarship to the Milwaukee University School (class of ‘55), where he excelled in basketball as the conference MVP and the league’s hottest marksman. He was also an all-star on the football team, track team, and tennis teams. Later he was recruited to play basketball and tennis at Lake Forest College where he shined on the court and in his business classes. Bob was also an active member of the Kappa Sigma Fraternity. Bob graduated from Lake Forest College in 1959 with a Bachelor of Arts Degree in Business Administration. After graduation he worked for US Steel in Chicago as an Automotive Sales Executive and served in the Wisconsin Air National Guard and the United States Air Force. Bob moved to Grosse Pointe in 1961 with US Steel’s Detroit office and was invited to be a member of the Shangri-La, an exclusive group of college graduates from out of town who had come to be in business in the Detroit area. He resided with other members in the former Eugene Lewis-Swan Mansion on Jefferson Avenue in Grosse Pointe. Shortly thereafter he was introduced to the Uptown Club in Detroit, where he quickly became competitive at squash. He met his loving wife, Gloria, at an outdoor party in Grosse Pointe and the two were married soon after on February 9th, 1963. Bob’s job at US Steel soon took them to Mount Lebanon, Penn., where they welcomed their two children. A career change to National Steel in 1969 took Bob, Gloria and their young children back to Grosse Pointe. Bob ended his career at National Steel after 43 years as the National Sales Manager for the prestigious Chrysler and Ford accounts. Bob always put family first and was Jud and Courtenay’s biggest cheerleader. He formed a close bond with them through sports, becoming their best friend and confidant. He coached them in various sports when they were younger and traveled to their golf and tennis tournaments through their youth, college years and beyond. His love for his family and sports continued on with his grandchildren. Bob was an integral part of his grandsons’ lives right up until his passing, giving advice, coaching them in sports, picking them up from school, and even teaching them how to play gin rummy and chess. He was the ultimate nanny. Bob’s five grandsons were the lights of his life and he will forever be cherished as their “Papa”. He was also very involved with the Grosse Pointe community starting Maire School’s Playday and coaching multiple Neighborhood Club youth sports teams. Bob, who was a 42 year member of Lochmoor Club in Grosse Pointe Woods, was an accomplished golfer, tennis player, and paddle player. Bob’s dynamic personality translated into long-lasting friendships as evidenced by his many rounds with his long-time “ROMEO” pals. He was also very active at the club, sitting on many athletic committees and eventually starting the Suburban Paddle Tennis League. But his greatest sporting love of all was the Green Bay Packers and was a proud shareholder of the team. This lifelong affair with Wisconsin sports started when he was just 3 years old, when he modeled a full Packers uniform on the cover of the Milwaukee Journal Roto Section. Over the years, Bob enjoyed vacationing with his wife and family in Siesta Key, Fla., and Hilton Head Island, S.C., enjoying the beaches, sunshine, golf and tennis. During his retirement years, Bob did the New York Times crossword puzzle daily. He also enjoyed playing gin rummy and reading historical novels and wartime books. Aside from his family, Bob’s biggest passion in retirement, earning him the nickname “Edward Scissorhands” by his neighbors, was caring for his landscaping and shaping his boxwoods into masterpieces. Bob did a lot with what he was given while he was here and was the best husband, father, brother, son, grandfather, uncle, coach, and friend we could ever ask for. A celebration of Bob’s life will be held for friends and family later this summer. In lieu of flowers, donations in the name of “Robert Kotas” may be made to the City of Grosse Pointe Foundation for a memorial tree and bench at Neff Park. Checks made payable to the City of Grosse Pointe Foundation, may be mailed to 17147 Maumee, Grosse Pointe, MI 48230, or www.grossepointecity.org > government > City of Grosse Pointe Foundation. Follow page to donations.

The family of Robert Edward Kotas created this Life Tributes page to make it easy to share your memories.

Send flowers to the Kotas family.