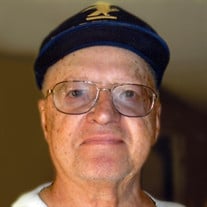 HOPMAN, Marvin R. June 5, 2021. Age 83. Beloved husband of the late Tina. Loving father of the late Michael (Kathleen), Lynn (Richard) Chrisman and Amy (Brian) Downie. Proud and adored grandfather of Christian, Marlissa, Payne, the late Jonah, Caleb, Luke, Noah, Kyle, Nathan and Ava. Dear brother of Gordon (Violet), the late Robert, and the late Laverne (the late Vivian). Marvin grew up in Detroit with his three brothers, and along with his wife Tina moved to Warren, MI. There they raised their three children and after the kids were grown they moved to Troy, MI. Growing up Marv was an avid sports fan and hockey was a way of life for him. He enjoyed playing and coaching hockey and eventually became a referee as well, responsible for certifying amateur hockey referees for the state of Michigan. He was a big Red Wings fan. Marv also rowed for the Detroit Boat Club competing around the United States and his lightweight crew became national champions and were written up in the June 1959 issue of Sports Illustrated. Marvin was very well known for the amazing vegetable gardens he planted each year, sharing his vegetables with family, friends and neighbors. He was a great cook and served as a cook in the Army. He was an amazing caregiver, looking out for neighbors, friends and then eventually caring for his wife Tina after she suffered a debilitating stroke. Marvin was a hard worker and a man of few words. He led by example and will be greatly missed by his family. Visitation Tuesday, June 15th, 2021, from 3-8pm with an 11am Funeral Service on Wednesday, June 16th, 2021, at Wujek - Calcaterra & Sons, Inc. 36900 Schoenherr Rd at Metro Parkway (16 Mile). Memorial contributions are appreciated to Alzheimer's Association Michigan Chapter Headquarters, 25200 Telegraph Rd #100, Southfield, MI 48033. Interment Resurrection. Please share memories with the family at their "On-Line Guest Book" at WujekCalcaterra.com

The family of Marvin R. Hopman created this Life Tributes page to make it easy to share your memories.

Send flowers to the Hopman family.