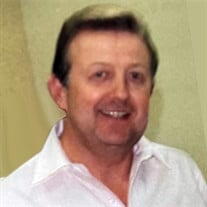 KUJAWSKI, Gerald. January 30, 2022. Age 83. Beloved husband of Betty. Dearest father of Michael, Kevin (Michelle Brownstein), and Lisa (Christopher Terry). Loving grandfather of Liam, Grace, Connor, and one granddaughter on the way. Cherished brother of the late Joann (Robert) Bryant. Dear uncle of Ginny, Liz, Mary Beth, Colleen, David, Kelly, Frank, and Shannon. Gerald (“Jerry”) was born in Detroit on December 6, 1938 to Joseph and Virginia Kujawski. He worked his entire career for General Motors starting in 1957 and retiring from work at the GM Tech Center in Warren in July 2002 (44 years). From 1959-1963, Jerry served in the US Navy aboard the USS Yosemite with tours of the Mediterranean and participation in the naval blockade during the Cuban missile crisis. In 1965, he married his sweetheart, Betty Carnahan after meeting while working together during their high school years at Wrigley’s supermarket. Together they moved to Sterling Heights in 1966 where they built their life raising their three children. Jerry was a devoted father, coaching each of his children’s baseball and basketball teams. He loved taking his kids fishing and treasured time with his friends and family at his cottage on Gaylanta Lake in northern Michigan. He loved hosting BBQs and gathering with friends and family, especially during the holidays. To feed his competitive nature, he was an avid bowler and pinochle player. Jerry was a devoted catholic and, in his retirement, committed time giving to others through his work with Meals on Wheels. He will be deeply missed by his friends, family and all who knew him. Visitation Sunday 3-8pm at Wujek-Calcaterra & Sons. 36900 Schoenherr Rd. at Metro Parkway (16 Mile). Funeral Mass 11am at St. Ephrem Catholic Church, 38900 Dodge Park Rd, Sterling Heights. In lieu of flowers, please make Memorial Contributions to the Disabled American Veterans at https://www.dav.org/. Share memories with the family at their "On-Line Guestbook" @ WujekCalcaterra.com

The family of Gerald Joseph Kujawski created this Life Tributes page to make it easy to share your memories.

Send flowers to the Kujawski family.